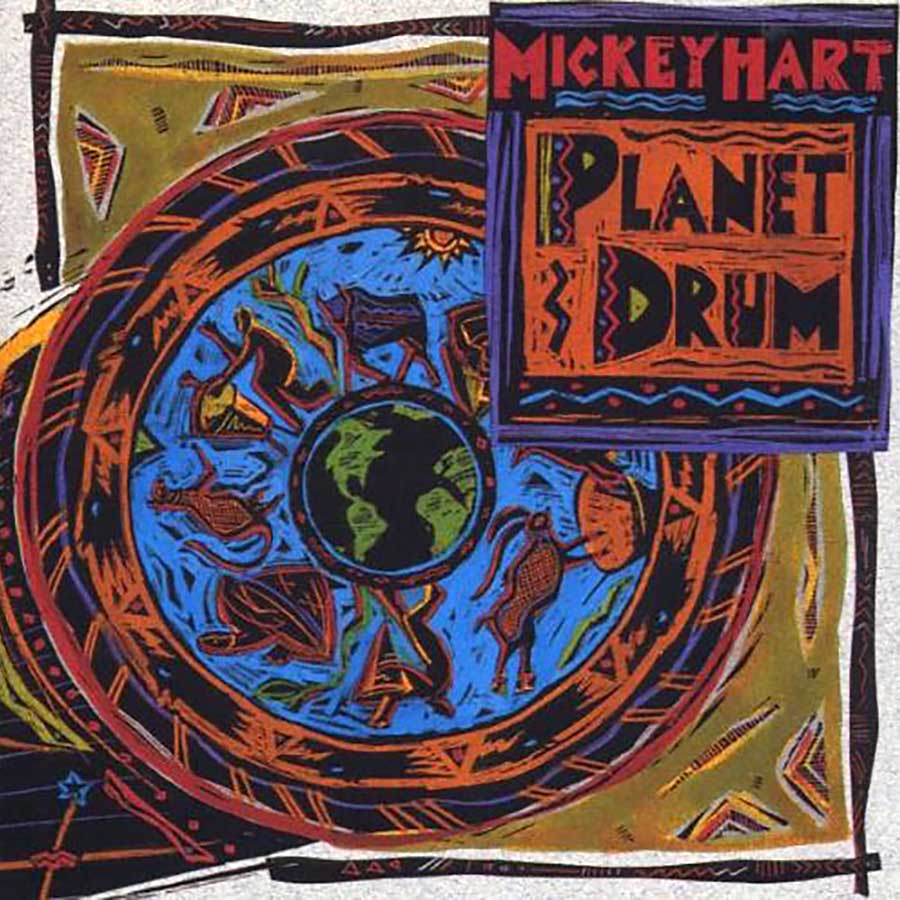 PLANET DRUM, the voice to Hart’s book of the same name, represents a musical atlas of the World Beat. Hart and company extend the sonic territory traversed in his album AT THE EDGE for a powerful and passionate journey.

“It had long been a dream of mine to bring together great drummers from around the world to make a recording based entirely on percussion,” says Hart. ” In 1991, that dream became reality.” For the companion recording to his second book, Mickey Hart drew upon the stellar musical friendships he had made over several decades to make real his dream of a percussion masterwork, blending the talents and native instruments of percussion giants from five traditions into a celebratory classic.

His home in Petaluma, California was converted — room by room — into a recording facility wired for video as well as for sound, and recording sessions spanned several weeks in this comfortable, ultra-creative communal setting. The resulting album won the Grammy for Best World Music Album in the first year of that category’s existence, and set the standard for world music as a genre. Winning numerous other critics’ and audience polls, it continues to establish itself as a true perennial of world music in general and percussion genius in particular.