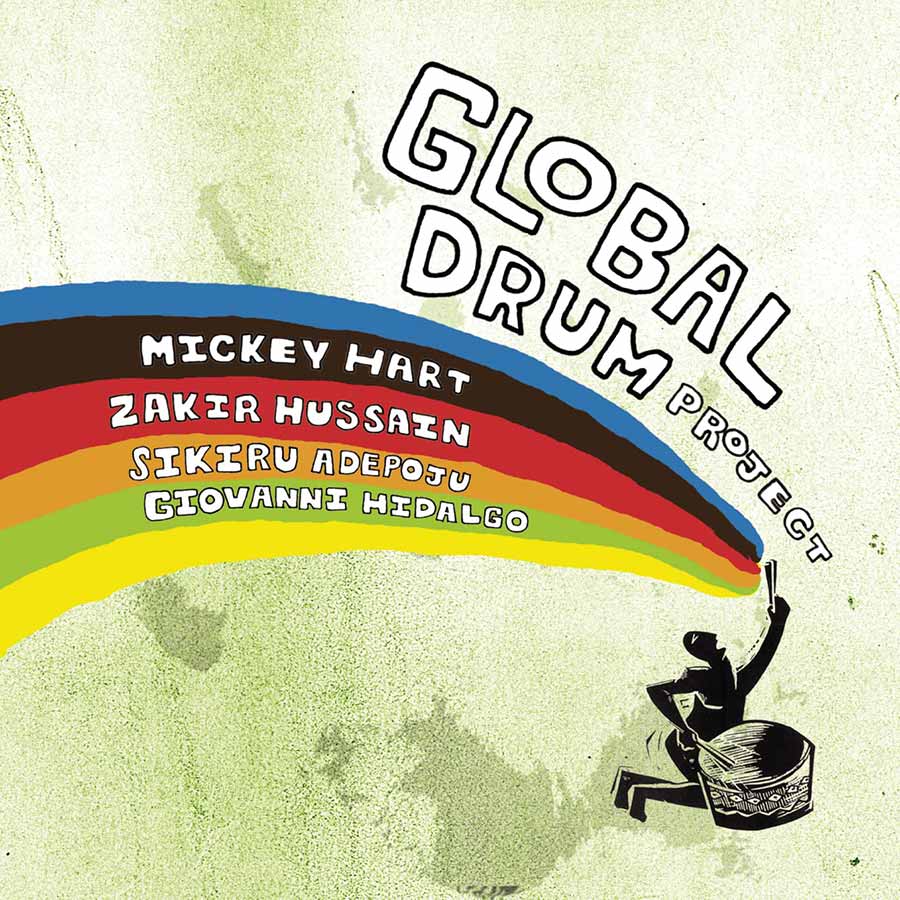 The musical partnership of Hart and Hussain — which began with their groundbreaking 1970s world fusion experiment Diga Rhythm Band — resumes, with a fresh collaboration of tranced-out grooves, elegant electronic programming and hypnotic tuned percussion and again enlists the great partnership of Adepoju and Hidalgo. This time they are joined by Taufiq Qureshi on percussion & vocals, Niladari Kumar on sitar, Dilshad Khan on sarangi, and the late, great Olatunji in sampled vocals from the original sessions. Elements from Hart’s various world music recordings, including the Kaluli tribespeople of Papua New Guinea’s rainforest, are woven with the live performances into a danceable, multitextured celebration of rhythm.

It’s an album that continues Hart’s infatuation with electronic toys and their percussive possibilities as he mixes samples and MIDI-triggered electronics into the works. With Planet Drummers Sikiru Adepoju and Giovanni Hidalgo plus Taufiq Qureshi joining in, there’s little doubt that GDP is a groove-centric album. After the exultant opening track “Baba,” featuring Babatunde Olatunji, the soul of the original Planet Drum, sampled posthumously, most tracks settle into dark, swampy, steady-state grooves. Sampled rhythmic singing from Zakir punctuates “Under One Groove,” while “Heartspace” adds sarangi and sitar for a more Eastern, meditative space. It isn’t the virtuoso rhythm workout you might expect, but neither is it the orchestrated percussive percolations of Diga or Planet Drum. Instead, it’s a chilled electro-percussive jam session with looping grooves oscillated by electronics and cut with a digital razor. –John Diliberto

"...An album that turns self-consciously inward toward a steady-thrumming universal ideal."

"...trippy, atmospheric soundscapes beg to lay a groove on in both public spaces and for homegrown chillin'."

- Philadelphia Daily News
Prev
All
Next