“…the Mozart of the talking drum,” -Mickey Hart

Sikiru Adepoju(Seek-ee-roo Ah-deh-poh-joo) first appeared on the American music scene through his involvement with Mickey Hart (former Grateful Dead drummer)in the Grammy Award winning Planet Drum project. His technical mastery of the talking drum and various indigenous Yoruba percussion instruments such as dundun, gudugudu, gangan, omele, sekere, bembe, ogido, etc..and other African drums,has gained him acceptance and respect among music listeners of all tastes. Little wonder, Mickey Hart calls Sikiru, “…the Mozart of the talking drum.” Yet, it is his unique spirit, discipline, and commitment to the moment that have gained him respect among his musical peers. The same attributes have contributed to his ability to engage & draw-in audiences,body and mind,,all over the globe.

A master of talking drum, Sikiru was born into a musical family in Eruwa, Western Nigeria. He hails from a lineage of traditional Yoruba talking drummers, culturally referred to as Ayan.(In Yoruba, Ayan simply means, a person who has descended from drummer’s lineage.) Growing up under the tutelage of his father, Chief Ayanleke Adepoju, Sikiru started drumming since the age of six by his father’s side..together with his other brothers:- Saminu, Lasisi, Jimoh, Muniru and Najimu,who were also taught drumming very early in life by their father. Sikiru accompanied Chief Ayanleke Adepoju in their family’s Talking Drum Ensemble for several years.

Sikiru later went on to tour and record several albums with the renowned Nigerian Juju artist Chief Ebenezer Obey and his Inter-Reformers Band. Obey, who called his personal style the miliki (enjoyment) sound, began where the noted juju entertainer, I.K. Dairo left off. Obey drew in such Western elements as multiple guitars and a Hawaiian steel guitar soloist, adding them to the traditional rhythmic foundation. Through his work with Obey, and subsequent work as a studio musician in Nigeria, the young Sikiru quickly won himself professional acclaim and appreciation as a leading force on the talking drum throughout his homeland. He would later tour the United States with the legendary Afro Beat maestro, O.J. Ekemode aka “Orlando Julius”,and the “Nigerian All-Stars”.

After moving to the San Francisco Bay area around 1985, Sikiru soon met and joined the world-renowned percussionist and leading African music artist from Nigeria,Babatunde Olatunji and his Drums of Passion Ensemble, where he embarked on a period of high productivity with the group; performing, recording and touring extensively throughout the world, until a year before Olatunji’s death in 2003.Late Nigerian drummer, Babatunde Olatunji pioneered the successful introduction of native African music to US popular music culture and influenced musicians such as Carlos Santana, Mickey Hart, John Coltrane and Bob Dylan. Released in 1960, his groundbreaking album, “Drums of Passion,” is considered the first significant album in the so-called “world music” genre in the United States. It has sold more than 5 million copies. “Baba” Olatunji is best known to San Francisco Bay Area rock fans through his association with the Grateful Dead. His Drums of Passion performance group, which also featured Sikiru Adepoju, appeared in concerts with the Dead. Olatunji was also a founding member of (Grateful Dead drummer)Mickey Hart’s Grammy-winning “Planet Drum” Ensemble of world percussionists. “He was the first to bring African Rhythms to western music, to rock ‘n’ roll and jazz,” Hart has said. “He changed the face of what we recognize as music.”

Since meeting Grateful Dead drummer, Mickey Hart through Olatunji, Sikiru has frequently been a guest percussionist during Hart and Bill Kreutzmann‘s “Rhythm Devils” segments of Grateful Dead concerts. He has been a part of most of Mickey Hart’s projects since they first met, including the albums (and associated tours) Mickey Hart’s Mystery Box, At the Edge, and Supralingua, and was a Grammy Award contributor to Mickey Hart’s Planet Drum and Global Drum Project albums. Sikiru is a member of the Mickey Hart Band, has recorded on their CD Superorganism, Mysterium Tremendum, and is featured on vocals on the song “Who Stole the Show?”. 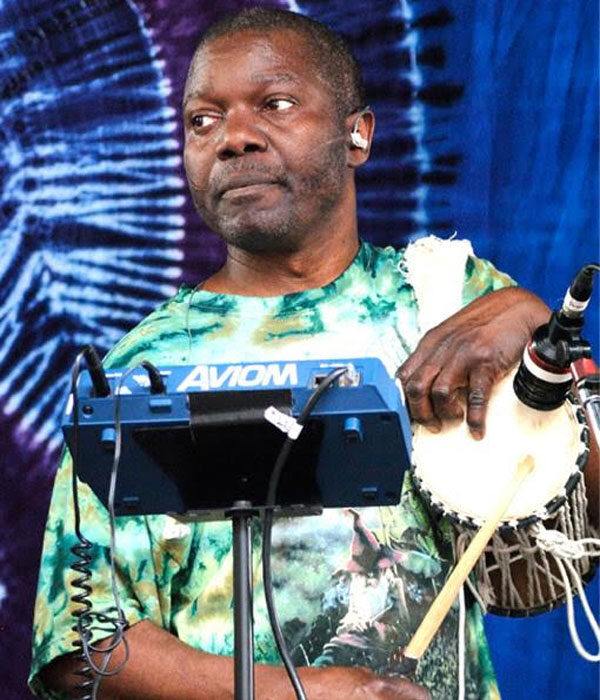 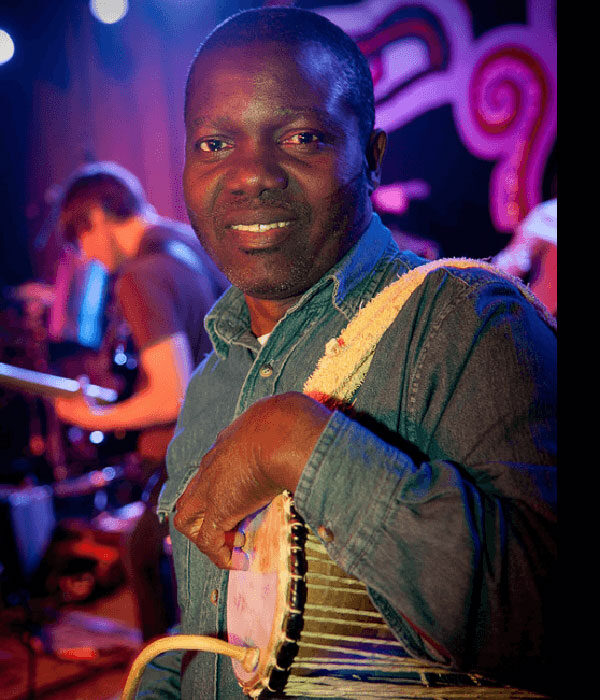 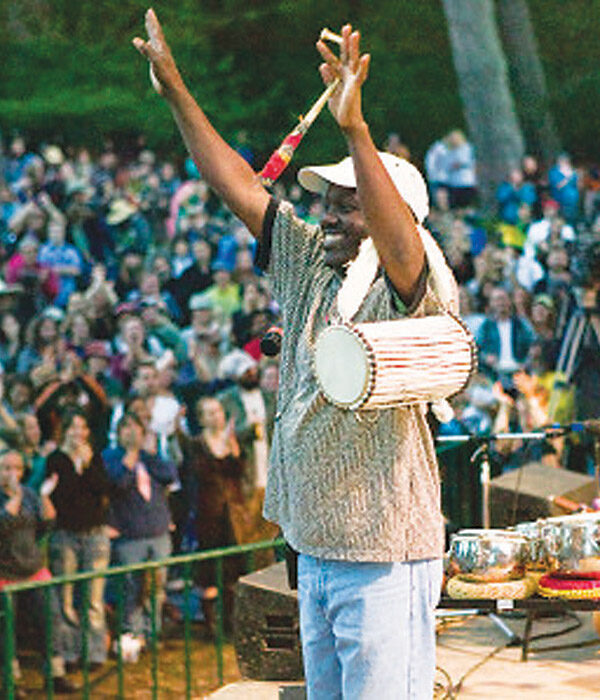 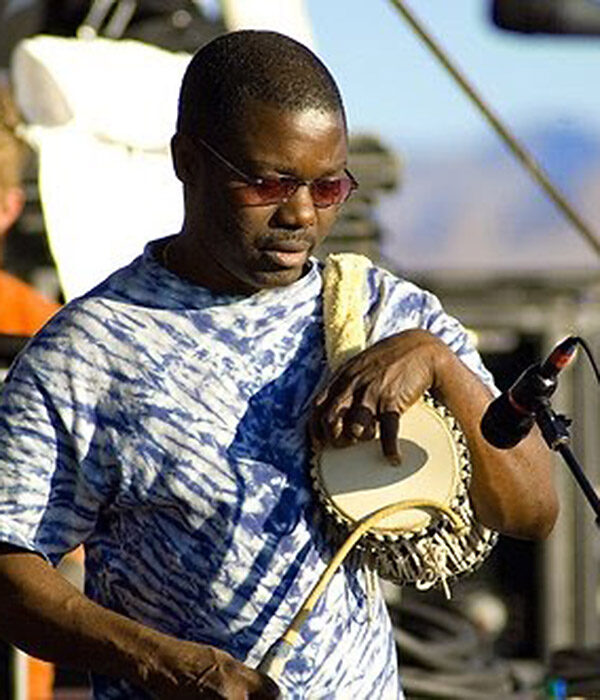