Mickey Hart is best known as a drummer in the Grateful Dead, which for three decades channeled the voices and visions of rock’s psychedelic counterculture and blended them with folk, blues, country, jazz, and other American music streams.

On the strength of that work, Hart was inducted into the Rock and Roll Hall of Fame and named to Rolling Stone’s 100 Greatest Drummers of All Time.

In 2015, Hart joined the other surviving Grateful Dead members to create the Fare Thee Well tour, a 50th anniversary celebration that was among the most successful events in the history of live entertainment. Today, Hart continues to perform with Bob Weir and Bill Kreutzmann—as well as John Mayer, Oteil Burbridge, and Jeff Chimenti—in Dead & Company, which launched a nationwide tour in October 2015, played sold-out shows at Madison Square Garden and elsewhere, and garnered praise from critics, Deadheads, and new fans alike.

In addition to his Dead-related work, Hart has a longstanding musical mission: to break the rhythm code of the universe and probe its deepest vibrations. That effort, which began in earnest in the 1970s with the Diga Rhythm Band, produced Planet Drum (1991) and Global Drum Project (2008), both of which received Grammys in the World Music category.

Propelled by an explorer’s restless curiosity, Hart’s groundbreaking recordings point beyond conventional notions of music and culture. “Underneath the world’s extraordinary musical diversity is another, deeper realm,” said Hart. “There is no better or worse, no pop music versus folk music, no distinctions at all, but rather an almost organic compulsion to translate the emotional fact of being alive into sound, into rhythm, into something you can dance to.”

Hart’s latest album, RAMU, reflects that conviction—and may be his boldest adventure yet. It fuses Hart’s massive and ever-expanding digital database (the Random Access Musical Universe) with cutting-edge urban dance rhythms, social commentary, and contributions from contemporary and past masters.

“For this record, I knew what I wanted,” he says. “This wasn’t a wandering-in-the-desert kind of project. There were certain things at the core: a great backbeat, great groove, using non-traditional and homemade instruments to include the world’s music in contemporary dance music. I wanted to create a new stew, a new recipe for making music.”

Hart stresses the unique process behind the album. “Everything goes through RAMU, the mothership,” he says of the database he has been working with since the 1980s. “It’s my instrument, and it’s a very powerful compositional tool. It’s vast, it holds new treasures, and it’s still revealing itself to me.”

From his archives, Hart constructed songs around the voices of a 1940s auctioneer (the opening track “Auctioneers”) and recordings of an old longshoreman’s chant (“Wine Wine Wine”). “RAMU is truly a multidimensional instrument that allows you to travel to new universes at the flip of a switch,” Hart says. “This record includes sounds from radio telescopes around the world, solar winds, the radiation that comes from light and is turned into sound, weather conditions from hurricanes.”

Many lyrics were composed by another familiar collaborator: Grateful Dead wordsmith Robert Hunter. “He spins tales, he’s a great mythologist, like all those characters that came to life in Dead songs,” says Hart. “I think this album has some brilliant writing by Hunter, some of his best writing.”

With the new album, Hart has assembled a profound statement surveying a lifetime of making music. Paying tribute to Jerry Garcia and Puerto Rican percussion master Giovanni Hidalgo, it also  documents a historic Indonesian gamelan before filtering it through futuristic technologies and rhythms. “It’s a hybrid of different influences that have moved me over the years,” says Hart, “and if you’re being honest with your music, that’s what usually happens—new things are created from the old.”

Hart’s past projects include “The Mickey Hart Collection,” twenty five recordings released by Smithsonian Folkways in 2011 that compile and preserve his efforts to cross borders and expand musical horizons. His critically acclaimed books include Drumming at the Edge of Magic: A Journey into the Spirit of Percussion (1990), Planet Drum: A Celebration of Percussion and Rhythm (1991), Spirit Into Sound: The Magic of Music (1999), and Songcatchers: In Search of the World’s Music (National Geographic books,2009).

As part of his ongoing research, Hart has recorded vibrations from the Golden Gate Bridge, which he describes as a giant wind harp, and collected data from stem cells, heartbeats, and brainwaves to produce compositions. His work with Dr. Adam Gazzaley, a leading neuroscientist, seeks to identify rhythms that can stimulate different parts of diseased and damaged brains, leading to new and innovative approaches to healing. As far back as 1990, Hart testified about rhythm and music therapy before the Senate Subcommittee on Aging. For all its variety, his life’s work can be summed up simply: Having found rhythm everywhere and in everything, he invites us to share its inexhaustible vitality. 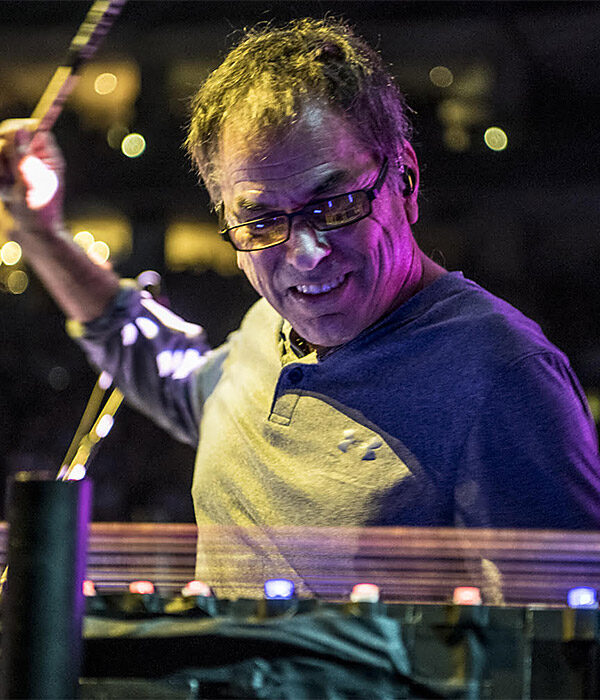 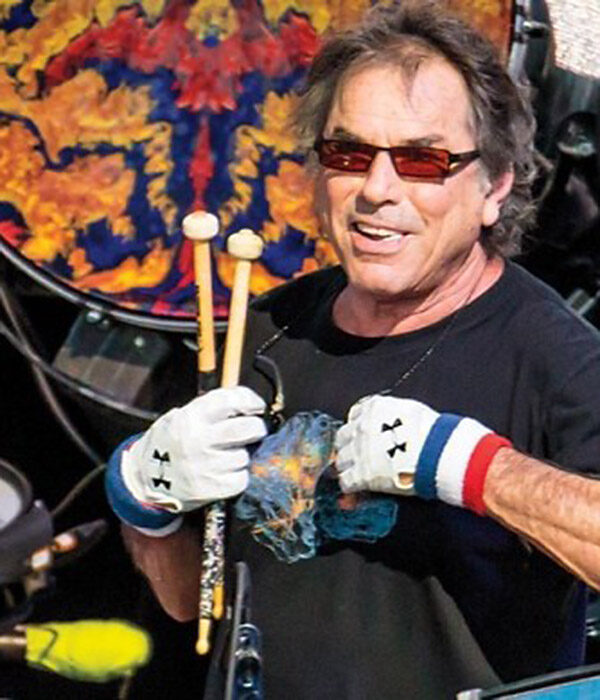 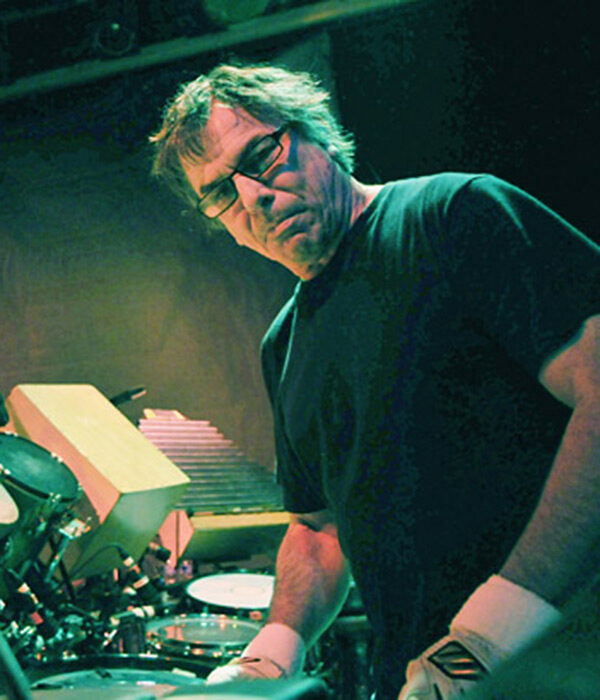 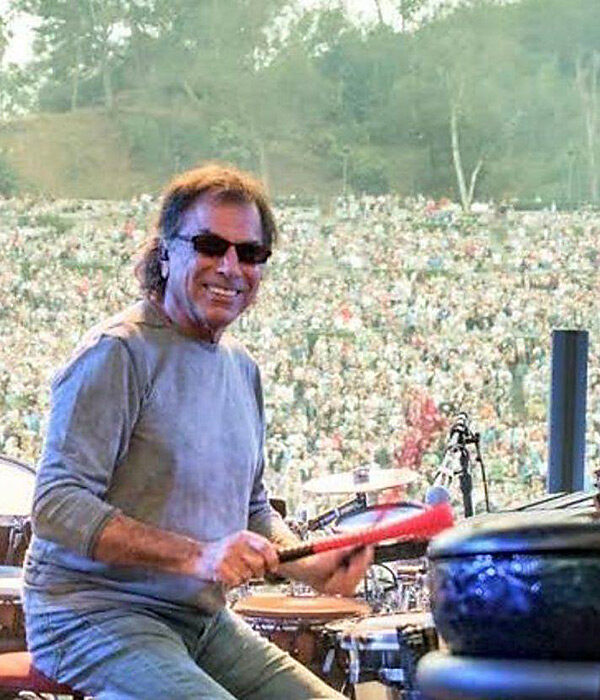